Design Tailor-made Safaris in Tanzania to Fit Your Dreams & Budget. Get Help From Our Local Tanzania Safaris Experts or Browse to See the Best Tanzania Safari Packages.

Why Safaris in Tanzania?

Tanzania has some of the best game watching in the world, from the Great Migration in the Serengeti to the Ngorongoro Crater’s unique wildlife ecology. Tanzania, home to ‘the Large Five,’ a big mountain, and a whole range of big adventures, is a must-see for any African explorer.

During the yearly migration, wildebeests stampede across the Serengeti plains, while baobabs dwarf the elephant herds that feed underneath them in Tarangire National Park. Descend into the Ngorongoro Crater, the world’s largest free-standing crater. Discover chimps in the Mahale Mountains, kayak down the river in the beautiful Selous, or meet the Maasai in Northern Tanzania by taking the path less traveled. Your quest will come to an end on the spice island of Zanzibar. 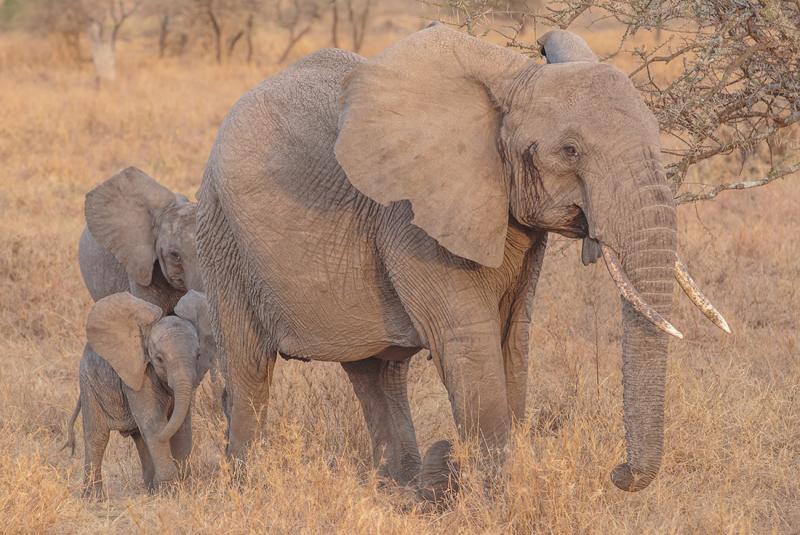 How to Plan a Safari to Tanzania

The Best Nature Wonders of Tanzania.

Arusha and it’s coffee plantations, the giant baobabs of Tarangire National Park, the world wonders of Serengeti and Ngorongoro Crater, meet the Maasai in the Northern Serengeti, the beaches of Zanzibar.

Climb to the summit of mighty Mount Kilimanjaro.

Wildlife encounters on the floor of the Ngorongoro Crater.

Have wildlife encounters and classic scenery in Serengeti National Park.

Wilderness, with a spectacular fauna and flora in Selous Game Reserve.

Tanzania At a Glance

Tanzania’s climate varies with its numerous landscapes, thus expect weather variations around the country. The prime season for travel in Tanzania is often believed to be January and February, as the hot, dry weather is generally thought to be the most enjoyable. The greatest time to visit the Serengeti is from late June through October when the animals are at their most plentiful. During the rainy season (March to May), expect afternoon downpours; nevertheless, there will be fewer tourists in Tanzania, so you won’t have to contend with crowds.

Tanzania has one of the world’s most diversified natural ecosystems, bordered by Burundi, Kenya, Malawi, Mozambique, Rwanda, Uganda, Zambia, and the Democratic Republic of the Congo. You’ll be able to witness immense canyons, wide grassland, ancient islands, lush woodlands, snow-capped mountain ranges, vast lakes, colonial towns, and modern cities while traveling through Tanzania. Tanzania actually has the best of both worlds, with the Indian Ocean occupying the eastern part of the country. Tanzania is home to Africa’s highest peak and some of the world’s most recognized natural reserves, as well as unique cities and colorful communities. Dar es Salaam, Tanzania’s former capital, is a sophisticated metropolis with a colonial flavor, whilst Arusha, the regional center, retains a village atmosphere. With its old cobbled streets and one-of-a-kind, heritage-filled structures, Zanzibar is in a class by itself.

Kabira Safaris takes the health and safety of its guests seriously and goes to great lengths to ensure that expeditions are safe, exciting, and enjoyable for all. Before departing, we urge that all passengers consult with their government or a national travel advisory agency for the most up-to-date information:

From Australia?
Go to: http://www.smartraveller.gov.au/

From New Zealand?
Go to: http://www.safetravel.govt.nz/

From Canada?
Go to: https://travel.gc.ca/

From the US?
Go to: http://travel.state.gov/

Kabira Safaris feels that eating is one of the best ways to experience a nation! Whether you’re indulging in a banquet, sampling street food, or savoring cheap dining, there are limitless options to pick from wherever you are in the world. Botswana’s food is simple, consisting mostly of millet, sorghum, goat, or beef, but there are a few exceptions.

Things to try in Tanzania

Botswana’s culture is highly diversified, with many different tribal traditions coexisting with European influences brought to the country more recently. Botswana’s tribal (or ethnic) tribes (Tswana, Kalanga, Basarwa, and Kgalagadi) speak different languages, have different traditional dances and dress, and live a very different lifestyle than city inhabitants. Overall, good manners will go a long way in Botswana, as formal greetings, respect for others, and courtesy are highly prized by the majority of the population. Most inhabitants are friendly and hospitable to visitors, with offers of hospitality commonplace.

Do I need a visa to travel to Tanzania?

It is suggested that you acquire your visa in advance at any United Republic of Tanzania Diplomatic or Consulate Mission overseas. The fee is roughly US$100, depending on nationality, and the process should take one business day. Due to an agreement between the three countries, you do not need a multi-entry visa to visit Kenya, Tanzania, and Uganda at the moment (eg. if you exit Kenya to Tanzania you can re-enter Kenya on the same visa). However, if your trip includes two visits to Tanzania following a visit to a country other than those specified above, you may need to obtain two visas.

Is tipping customary in Tanzania?

Although tipping is not required in Tanzania, a little generosity will be appreciated by the natives. It’s a good idea to set aside a small bit for porters, guides, and drivers, as well as to leave spare change or round up the bill at restaurants. Restaurants and cafes in metropolitan areas may see an additional 10% added to the bill.

Travelers will have access to internet cafes in Tanzania’s largest cities, but access will be limited to non-existent in rural areas and National Parks.

Can I use my mobile/cell phone while in Tanzania?

Mobile phone coverage is adequate in Tanzania’s major cities and towns, but less so in rural areas. If you intend to use your mobile phone while away from home, make sure global roaming is turned on.

ATMs can be found in Tanzania’s major cities, airports, and smaller settlements. Rural locations, national parks, and tiny villages will have few to no ATMs, so bring alternate payment methods with you when you travel outside of major cities.

Large hotels, contemporary shops, and western-style restaurants frequently accept credit cards, but smaller sellers do not. Make sure you have enough cash on hand to cover any purchases that cannot be done on credit.

Kabira Safaris is dedicated to traveling in a way that respects local people, culture, local economies, and the environment. It’s vital to remember that what’s accepted conduct, attire, and language in one nation may not be in another. Please keep this in mind as you travel.

How we’re giving back

In Tanzania, we stay in locally managed accommodations, Safari Lodges such as guesthouses, smaller-scale hotels, and homestays to help the local economy. We also go to locally-owned restaurants and markets, where visitors may support local companies and buy handcrafted items made by local artisans.

If this question still lingers in your head, here are some of the reasons why you should book with us

Page load link
× DESIGN YOUR OWN TRIP
Go to Top